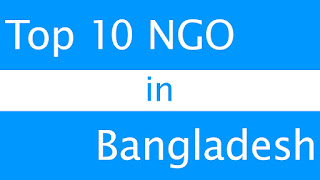 Sir Fazle Hasan Abed
Sir Fazle Hasan Abed KCMG
Founder and Chairperson, BRAC
Early in 1972, after the war was over, he returned to the newly-independent Bangladesh, finding the economy in ruins. The return of 10 million refugees, who had sought shelter in India during the war, called for urgent relief and rehabilitation efforts. Sir Fazle established BRAC to address the needs of refugees in a remote area of north-eastern Bangladesh, guided by a desire to help the poor develop their own capacity to better manage their lives.Today BRAC is one of the largest NGOs in the world, operating across eleven countries in Africa and Asia. Its primary objectives are to alleviate poverty and empower the poor. In 2018, for the third consecutive year, BRAC was ranked first among the world’s top 500 NGOs by Geneva-based ‘NGO Advisor’ in terms of impact, innovation and sustainability.
REPORT:
As on June 2017 Number of Branches: 2,144 , Number of Members: 6,120,107
Borrowers: 5,535,452
CONTACT ADDRESS
BRAC Centre, 75 Mohakhali, Dhaka-1212.
Tel- 880-2-9881265. E-mail- info@brac.nett

Zakir Hossain , Executive Director
BURO Bangladesh
BURO Bangladesh is a national non-government social development organization was established in 1990 intended to work for the poor and rural people to reduce both income and human poverty. Over the period, the organization emerges as a front ranking specialized microfinance institution. It provides high quality flexible financial and social services to one million low-income people, particularly the poor women.
REPORT:
As on June 2017 Number of Branches: 712 , Number of Members: 1,449,085
Borrowers: 999,496
CONTACT ADDRESS
House No: 12/A, Block No. CEN(F), Road No. 104, Gulshan-2, Dhaka-1212
Phone: 88-02-55059860,88-02-55059861,88-02-55059862
Email: buro@burobd.org, Web : www.burobd.org

Md. Azadul Kabir Arzoo
Executive Director, Jagorani Chakra Foundation
At the end of 1975 some jubilant youths of Jessore formed Jagorani Chakra Foundation (JCF) to develop the situation of poor communities.  They also identified that the problem is more social and political than economical. JCF started its journey with adult literacy program and developed its own adult literacy curriculum which was a unique example at that time.
In 1976, JCF implemented its first development intervention and started non-formal education centre for the children and in 1977 got the registration from Directorate of Social Welfare. JCF still believes education is the key to all development and it is the first priority in taking any new intervention. In 1981, a new horizon opened before JCF when it started working with the untouchable community, the sweeper community. The success of this intervention gave JCF courage to go with community development approach and later JCF successfully implemented a number of community development projects whose beneficiaries are now running their own people’s institution by themselves.
REPORT:
As on June 2017 Number of Branches: 327, Number of Members: 459,649
Borrowers:398,303
CONTACT ADDRESS
46 Mujib Sarak, Jashore-7400, Bangladesh.
Tel: +88-042168823
E-mail: jcjsr@ymail.com Web-http://jcf.org.bd

Iqbal Ahammed
Member Secretary & Executive Director
Padakhep Manabik Unnayan Kendra
The endeavor of Padakhep started in 1986 with its own resources in a small remote village of Barisal district. The motto of the organization is to improve the socio-economic conditions of the by-passed, disadvantaged and most vulnerable people particularly the women and children in rural and urban areas. Beginning its journey, Padakhep as a national NGO has relentlessly marched forward successfully overcoming many hurdles and is currently working all over the country.
REPORT:
As on June 2017 Number of Branches: 296 , Number of Members: 357,543 Borrowers: 316,579
CONTACT ADDRESS
House# 548, Road# 10, Baitul Aman Housing Society, Adabar, Mohammadpur, Dhaka-1207, Bangladesh. Phone: PABX 880-2-58151126, 58156925, 9128824 Fax: 880-2-9137361
E-mail: padakhep@padakhep.org, info@padakhep.org, Web:www.padakhep.org