The ICC Men’s T20 World Cup 2022 is less than 11 months away and fans can soon start preparing their World Cup experience with the full fixture set to be announced on 21 January 2022. 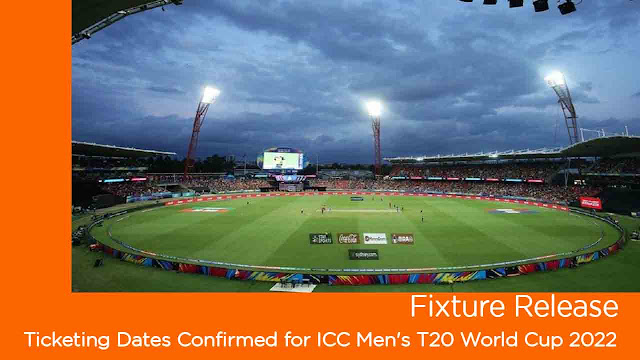 With the announcement of the fixture, fans will be able to plan which matches they want to attend and where, before tickets go on sale to the public on 7 February 2022.

Given the anticipated demand and limited availability of tickets, fans are encouraged to register now to be able to take part in the official presale. Access to this presale, which will take place before the public on-sale date, will give fans the best chance of securing the best seats at their preferred matches.

Fans who have registered will receive communication directly via email confirming their presale window dates.

In all, a total of 45 matches will be played across Adelaide, Brisbane, Geelong, Hobart, Melbourne, Perth and Sydney between 16 October and 13 November next year.

The final will be hosted under lights at the MCG on 13 November 2022, while the semi-finals will be hosted at the Sydney Cricket Ground and Adelaide Oval on November 9 and 10, respectively.

Namibia, Scotland, Sri Lanka and the West Indies will play in Round 1. The four remaining spots at Australia 2022 will be filled via the ongoing qualification pathway, culminating in two global qualifying tournaments one to take place in Oman in February and the other in Zimbabwe in July.

Messi or Ronaldo who is ahead in statistics in 2021 ?