Bangladesh has come a long way in its economic growth. From a meagre US$ 5.70 billion in 1972, the gross domestic product (GDP) increased to US$ 285.82 billion in 2018. The Bangladesh economy is the 42nd largest in the world in nominal terms and 31st largest in terms of Purchasing Power Parity (PPP). Recently, Bangladesh graduated from least developed country (LDC) status to a lower middle income country, and hopes to become a developed country by 2041. Four distinct growth phases are discernible (Ahmed 2012; Khuda and Barkat 2017) in the country’s economic journey. The first phase (1990-1996), one of subdued growth rate expansion, witnessed less than 4.0 per cent annually in aggregate terms and less than 3.0 per cent in per capita terms. The second phase (1996-2003) witnessed growth rate fluctuating between 4.0 and over 5.0 per cent and around 4.0 per cent per capita. The third phase (2004-13) witnessed growth rate of around 6.0 per cent and per capita growth of around 5.0 per cent. The fourth phase (2013–) witnessed growth rate of over 6.0 per cent, and reached over 7.0 per cent during the last two financial years. With acceleration in the growth of per capita income, there has been considerable progress in poverty reduction (Raihan and Khondker 2012). Poverty declined from 56.7 per cent in 1991 to 24.3 per cent in 2015. 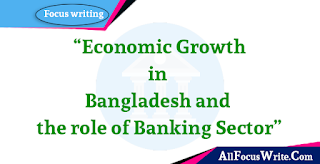