Introduction to LIBOR, uses and reason for its abandonment: 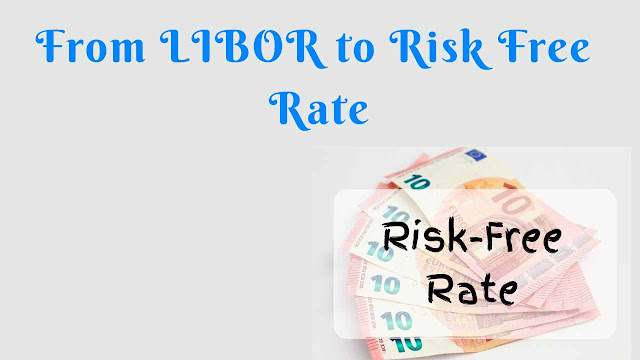 LIBOR stands for London Inter-bank Offered Rate. LIBOR has been the most popular benchmark reference rate used by banks and other financial institutions around the world. LIBOR is an indicative average inter-bank interest rate at which a selection of banks on the London Money Market are prepared to lend to others on an unsecured basis. LIBOR determines interest rates for pricing of different financial products, including mortgages, derivatives, securities and loans. It was calculated and published daily across five currencies (GBP, USD, EUR, JPY and CHF) and seven maturities (overnight, 1 week, 1 month, 2 months, 3 months, 6 months and 12 months) by Intercontinental Exchange (ICE) Benchmark Administration (IBA), the authorised and regulated administrator of LIBOR. LIBOR came into widespread use in the 1970s as a reference interest rate for transactions in off-shore Eurodollar market (Eurodollars are time deposits denominated in USD at banks outside the US). There have been questions around integrity and reliability of LIBOR after the global financial crisis in 2008 which resulted in a huge scandal. The LIBOR scandal was a series of fraudulent actions connected to the LIBOR. The scandal arose when it was discovered that banks were falsely inflating and deflating their rates so as to profit from trades, or to give the impression that they were more creditworthy than they actually were. And also following the financial crisis, changes to bank capital requirements resulted in a significant decrease in transaction volumes in the unsecured lending market upon which LIBOR is based in a significant manner. Since then, activity in the markets that LIBOR measures have been reduced. The low volumes of underlying transactions mean that LIBOR is no longer sustainable. In March 2020, IBA declared its intention to cease the publication of LIBOR settings after 31 December, 2021. This decision was further supported by the Financial Conduct Authority (FCA), the UK regulator. Based on the abandonment decision, Central Banks around the world, including Bangladesh Bank, have given consent to cease transactions based on LIBOR from 01 January 2022. A Risk Free Rates (RFRs) are alternative reference rates that have been developed to use instead of LIBOR.

Risk Free Rates (RFRs) being a replacement of LIBOR:

Risk Free Rate of return, usually shortened to the risk-free rate, is the rate of return of a hypothecated investment with scheduled payment(s) over a fixed period of time that is assumed to meet all payment obligations. Since the risk-free rate can be obtained with no risk, any other investment having some risk will have to have a higher rate of return in order to induce investors to hold it. In practice to infer the risk-free interest rate in a particular currency, market participants often choose the yield to maturity on a risk-free bond issued by a government of the same currency whose risks to default are so low as to be negotiable. For example, the rate of T-Bills is sometimes seen as the risk-free rate of return in USD. A number of working groups have identified preferred RFR as an example that Bank of England group recommended the Sterling Over�night Index Average (SONIA) for unsecured loans as an alternative to LIBOR. Alternative Reference Rates Committee in the US recommended the secured overnight financing rate (SOFR) as an alternative to US Dollar LIBOR. Also European Central Bank, Japan Central Bank and Swiss Central Bank Working Group have recommended ESTER, TONA and SARON respectively as alternatives to LIBOR in EUR, LIBOR in JPY and LIBOR in CHF. Rates of SONIA, SOFR, ESTER, TONA and SARON are published by respective central bank on daily basis. SONIA is an overnight rate. It does not include a term bank credit risk component so it is a better measure of general level of interest rates than LIBOR. SONIA can be compounded to be used in term contracts such as 3 months or 6 months etc. Unlike LIBOR, SOFR is based on actual transactions – namely overnight transactions in the US treasury REPO market. Thus, SOFR is a more accurate means of measuring the cost of borrowing funds. The benchmark transactions can be observed by anybody and it is also less easily manipulated. It is determined by compounding daily Secured Overnight Financing Rate (SOFR) during contract return duration. The Federal Reserve Bank started publishing the SOFR since April 2018 as a part of an effort to replace LIBOR.

Comparison between LIBOR and RFRs:

RFRs are generally considered to have some requirements based on sufficient, reliable market data and subject to appropriate controls and governance. It reflects actual market funding rate. RFRs do not have a term element (e.g. 1 week, I month, 3 months) and are ‗backward looking‖ rates i.e. calculated by reference to historical transaction data. RFR does not price credit risk. RFR is based on overnight borrowing rates often on a secured basis. RFRs do not include a premium on long-dated lending rate. RFRs are calculated on currency by currency with no uniform calculation methodology across all currency. On the other hand, LIBORs are a forward-looking rate. They are known as unsecured rates. They represent an average of the rates at which panel banks believe that they could borrow money in the inter�bank market reflecting credit and liquidity risk involved in lending in the inter-bank market.

Implementation of RFRs in Bangladesh:

Bangladesh Bank on June 21, 2021 issued a FE circular (no. 22) to fix a fresh reference rate for short-term financing ahead of the phase-out from LIBOR globally after December 31, 2021. The circular allowed the banks to charge 3.5% per annum on top of the reference rate in the currency of financing for discounting or early payment of the export bills. Besides the 3.5% plus reference rate, the banks are allowed to charge up to 2.5% on the risk-free reference rate. Currently, banks are allowed to charge six month LIBOR rate plus 3.5% per annum against short-term financing to the customer. Commercial Banks utilised LIBOR for bill discounting in FCY under FCY denominations and disbursing foreign currency loans under the offshore banking (OBU) window. Some banks are enjoying Trade Loan Facilities in FCY from their foreign banks. The lenders used LIBOR tagged pricing, such as (6M L+2.5), and this trade loan is utilised by the OBU to finance/discount the UPAS Bills of their Domestic Banking Unit or Domestic Banking Units of other Authorised Dealer Banks. As risk free rates are implemented to safeguard lenders‘ interest, ultimately borrowers may bear the higher cost of borrowing. The Risk Free Rate marks the ultimate structural changes in the financial world, including our banks, corporations, country, with respect to financial risk management, operations, regulatory compliance etc. However, it is too early to comment that how it will impact our pricing and practice as it is still at the initial stage of implementation. Standard Chartered Bank, Bangladesh has proclaimed that they have already concluded a transaction based on RFR. Now only the time will say how our local banks could adapt transactions based on RFR.

Article is collected from www.daily-sun.com

Share
Previous How Bangladesh can avoid the : Dutch disease
Next Entrepreneur’s Perception on Bangladesh Business Environment