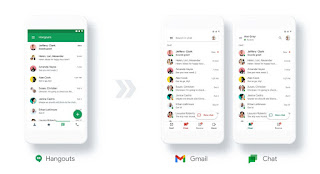 But the feature cannot be controlled as admin. It needs to be entered in the usage settings. There you have to enter the theme settings and select Dark Mode. Dark mode can be used in the same way in Google Chat’s progressive web app and web version applications. News Gadgets Threesix. The technology giant will also launch Dark Mode in Google Chat’s Progressive Web App (PWA). The company launched this feature on Android and iOS platforms about a year ago. Google Calendar, on the other hand, allows users to add a weekly work location routine. With that, if you change the routine, you can update it. Office, home, unspecified or somewhere else options can be used at this time. The new feature is gradually being made available to customers. Overall, it may take up to 15 days to launch. So users will not be able to use this feature immediately. Customers of Google Workspace, G Suite Basic and Business Grade will be able to use it, company sources said. On the other hand, the facility to add location to Google Calendar will be introduced on August 30. However, admins are already able to use this feature in their organization. According to Google, the feature will be turned on by default. It can only be turned off at the domain or OU level. If you want to turn off the feature in admin, you have to turn it off from admin console before 30th August. With the launch of this feature, users can easily see and determine which day of the week to go to the office, which day to work from home or any other place.