Rumors are circulating that Apple’s next smartphone will be able to make calls or send messages without a cellular network. 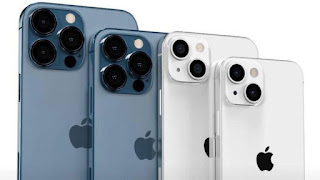 It is learned that this facility will be provided by connecting to artificial satellites or satellites. News Bloomberg. According to the report, Apple is planning to bring such an advantage in the ‘iPhone 13’ smartphone for communication to get emergency services outside the scope of the mobile phone network. Earlier on Sunday, Apple analyst Ming-Chi Kuo said that the new iPhone would be added to the satellite. Before the announcement from Apple, he often informed about the various aspects of the company’s upcoming products. His ‘assumptions’ have proved to be relatively reliable. The next iPhone may have a feature called ‘Emergency Message Via Satellite’. This allows you to send messages to emergency services and emergency contact numbers via satellite anywhere without a cellular network. The text of these messages will be fixed and will be shown in gray instead of the green or blue icon of the SMS. Sending such a message to someone designated as an emergency contact number, even if he keeps the ‘Do Not Disturb’ mode enabled, will still show the message on his phone. Another potential benefit is that iPhone users will be able to notify emergency services if they are in danger. According to a Bloomberg report, the phone will want to know what kind of danger. It will be asked whether it is related to cars, boats, aircraft or fire. If the user wants, he can also send information like his location and medical ID. The next iPhone will also have the necessary equipment for making satellite calls. However, that feature may not come to the iPhone before next year. In other words, the next iPhone market may not have the opportunity to use the same benefits.