The Rapid Growth of Agent Banking in Bangladesh 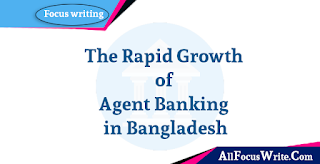