Windows 11 is coming for everyone in October 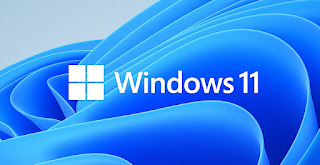 Windows 11 will be unveiled for everyone on October 5. The new version of Microsoft Windows can be upgraded to Windows 10 PC for free. Users can also buy Windows 11 pre-loaded hardware. Aaron Woodman, Microsoft’s general manager of Windows, said in a recent blog post. In a blog post, he mentioned, “We’ve brought a new version to give a different experience from Windows 10. By next year, all the useful devices will be covered by the Windows 11 upgrade.” Windows will automatically notify the user if a Windows 11 update has arrived on a Windows 10 PC. Windows will be upgraded to a newer version, much like the Android operating system upgrade on smartphones. In addition, the customer can check whether his computer is suitable for Windows 11 upgrade. Microsoft, meanwhile, made clear last week what the minimum PC configuration might be for Windows 11. For those PCs that do not have a minimum configuration, Windows 11 is also an alternative way. Alternatively, a minimum 2GHz 64-bit processor is required, RAM is a minimum of 4GB, storage is 64GB and TPM is a 1.2 chip. Then you can install Windows 11 in ISO process. Meanwhile, Windows will be unveiled for everyone on October 5, but the Windows 11 version does not have all the desired features. Although there is an earlier announcement that there will be Android apps in Windows 11 version, it is not being added at this time. The idea is that the company may add the feature next year.